Meat, perishables, livestock, and Tarrytown autos made up the majority of NY-4’s consist out of DeWitt in October 1961.  Departing from DeWitt in the dead of night, based on the available schedules it appears it was typically a couple hours late.   Some days multiple sections were run.

Some of the reefer and stock cars listed include information about the shipper as well as the consignee.  As expected, most of the produce originated in California and the meat from Midwest packing plants. 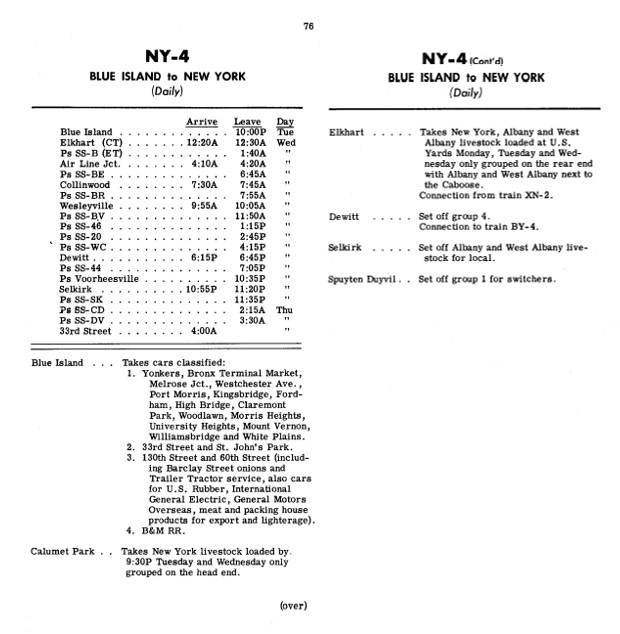