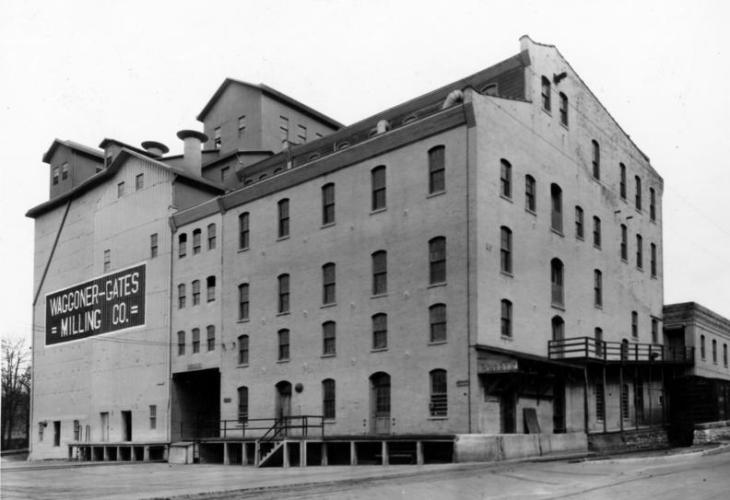 The Waggoner Gates Mill produced Queen of the Pantry Flour until after World War II.  It was located on the Missouri Pacific in Independence where the National Frontier Trails Museum is now.  Most of the mill burned in 1967.

Waggoner Gates received 71 carloads of wheat during the week, or roughly 10 a day.  The average shipment distance (estimated as the crow flies) was merely 54 miles, though some origins were nearly 200 miles away.  Still, this local supply chain from a diverse collection of small shippers is very different than railroad operations today.

Just over half of the carloads originated on the Missouri Pacific.  All of the foreign carloads were interchanged to the MP at Kansas City.

There is an interesting diversity of reporting marks.  In this era of generic boxcars, a surprising number of cars came from eastern roads.  Also there does not seem to be a pattern of a “captive fleet” cycling from the nearby origins on the MP to the mill and returning empty to be reloaded.  The closest origins have an equally diverse mix of car owners.

Note: The totals below add up to 72 cars, so I obviously accidentally counted one shipment twice when I was tallying the statistics.  The originals are provided if anyone cares to figure out where my error was.  It is close enough for me!